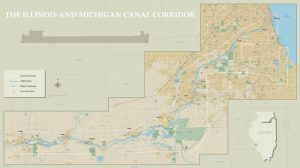 The First National Heritage Area in the Nation!

The Illinois & Michigan Canal National Heritage Area (IMCNHA) is an outdoor museum where visitors can explore the diverse stories of this living landscape. It’s a place to walk in the footsteps of Native Americans, French Explorers and Voyagers, canal workers and immigrants. It’s a place to discover why the I&M Canal led to Illinois becoming the nation’s most populous inland state and Chicago the greatest city of the American heartland. Whether you live within the 60 communities of the heritage corridor or are planning a visit, the Illinois & Michigan Canal National Heritage Area has something for everyone.

On August 24, 1984, President Ronald Reagan signed a bill establishing the first National Heritage Area in the nation. This “new kind of national park” was the first explicit marriage of preservation, conservation, recreation, and economic development. In 2006, the IMCNHA was reconfigured and reauthorized by Congress and the Canal Corridor Association was designated the local coordinating entity for the Corridor. The Corridor is an 862 square mile region encompassing five counties and 60 communities. The purpose of the IMCNHA is to retain, enhance, and interpret, for the benefit and inspiration of present and future generations, the cultural, historical, natural, recreational, and economic resources of the Corridor. 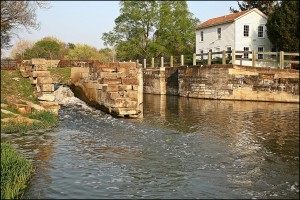 Canal towns, each with their own character

Understanding the story of the I&M Canal is critical for understanding the incredibly rapid development of Chicago and Northeastern Illinois in the nineteenth century. The first few years of the I&M Canal were critical in launching Chicago on its path to urban greatness, and in spawning a dozen other towns along its banks that would soon industrialize and help consolidate the western end of the American Manufacturing Belt in northern Illinois. The opening of the Illinois & Michigan Canal radically reduced the costs of transferring goods, particularly grain, lumber, and merchandise, between Midwestern prairies and the East via the Great Lakes trading system.

The degree to which the I&M Canal forever altered life in Chicago cannot be overstated. Its population skyrocketed, and it soon attracted railroads and became the nation’s busiest inland port. Other towns also boomed as the canal drew settlers and created markets. As you travel through these towns, admire the architecture, notice how the downtowns grew around the canal, and imagine the streets filled with farmers, merchants and canal boat captains.

In 1933, the canal was replaced by the Illinois Waterway – still used today for shipping from the Great Lakes to the Mississippi. In the 1950s, the canal in Chicago was buried under the Stevenson Expressway, but outside the city, the canal towpath enjoys new life as a trail.