On Wednesday night, Chicago’s PBS Channel WTTW aired a wonderful, 3.5 minute segment on the history of the Illinois & Michigan Canal during “Ask Geoffrey,” a section of the show featuring questions posed to Chicago historian and tour guide extraordinaire, Geoffrey Baer.

Click here or on the image below to be routed to the video in full. It’s well worth your time to watch this insightful focus on one of the nation’s true treasures, the I&M Canal. 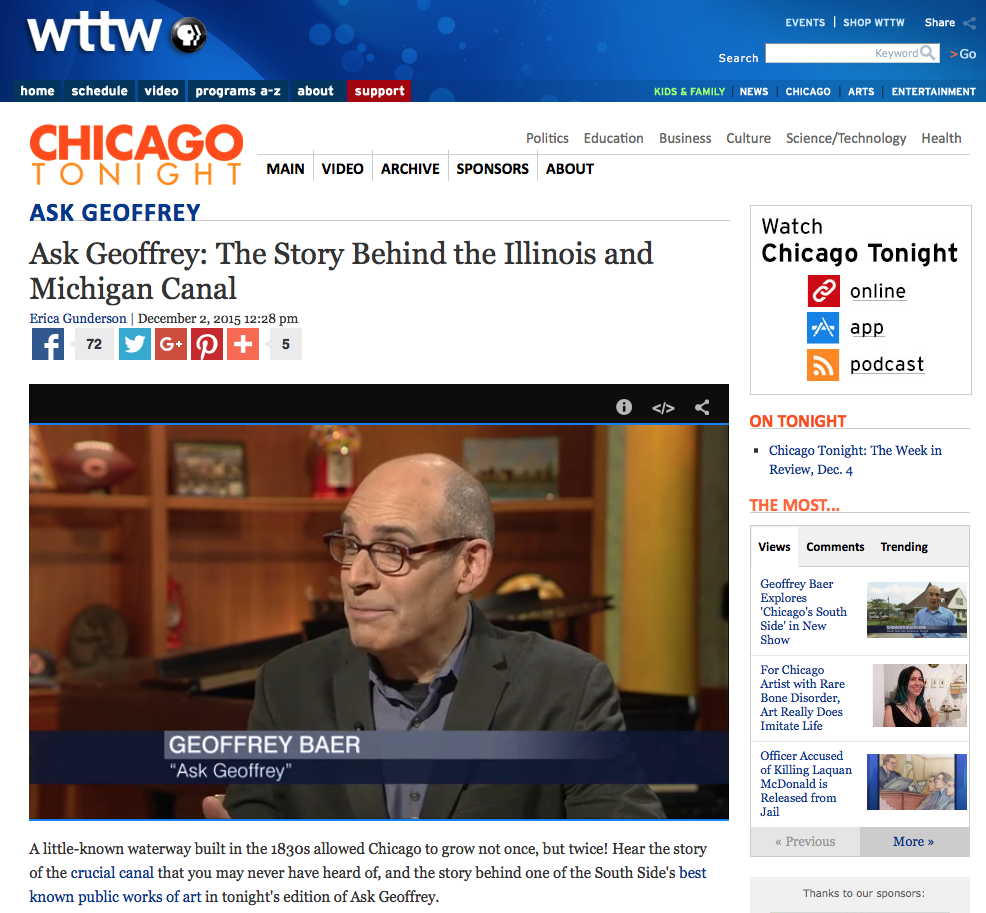 In the video, host Phil Ponce posed the question about the canal from Chicagoan Igor Slavin, who asked:

“Could you please explain why and when the Illinois and Michigan Canal went out of use?”

Mr. Baer’s response will sound very familiar to I&M Canal enthusiasts who have made similar declarations over the years.

“Let’s start out with the fact, rather amazingly, that most people have never heard of the Illinois and Michigan Canal, even though it is pretty much the reason Chicago grew from a tiny little frontier town to become one of the major cities of the world.”

Geoffrey then went on to explain the I&M Canal’s origins, construction, and lifespan. As well as the creation of the I&M Canal National Heritage Area.