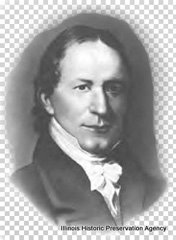 Today, December 3, 1818, Illinois, with a population of 34,620 residents, became the 21st state in the Union. During this time the capital of Illinois was Kaskaskia, and Shadrach Bond served as the states first governor, from 1818-1822. 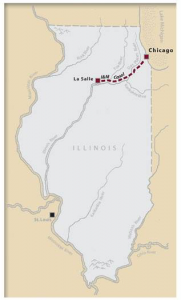 There was urgency as Mississippi had just been admitted as a slave state and Alabama was slated to follow. The North wanted a free state, so they rushed the creation of Illinois. The population was only 35,000, well below the required population of 60,000 to be as state. Nathaniel Pope suggested that a canal connecting Lake Michigan to the Illinois River would swing Illinois into the political sphere of the northern states and “afford additional security to the perpetuity of the Union.” Based on this they pushed the northern border up to its current location.