Dinner & A Little History: Legacy of the French Canals

Come join us for dinner, on Thursday October 20th 5:30-8:00pm in Lockport, as Speaker Charles Balesi talks about the impact that French Canals had on the creation of the U.S. Canals. Balesi will talk about how Louis XIV launched several canal projects in France, which are the forerunners to canals such as the I&M Canal in Illinois. The most influential of these French Canals was the Canal du Midi, whose construction techniques were echoed by American Canals. Balesi will also talk about how American Thomas Jefferson, politician, architect, and future president of the United States, came to study the Canal du Midi in 1789; and as the United States Ambassador to France he envisaged the construction of a similar work to link the Potomac River to Lake Erie. 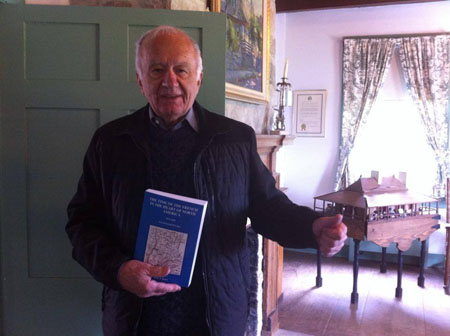 Speaker Charles J. Balesi, Ph. D, is the Conseiller Consulaire for French citizens living in the Midwest and Chevalier dans l’Ordre de la Legion d’honneur. He is involved in the French Heritage Corridor and the Bourbonnais Grove Historical Society and has authored a book “The Time of the French in the Heart of North America.”

Where: The Gaylord Building, Lockport
Price: both the dinner & lecture for $33 for Non-members, $28 for Members or just the lecture for $8.