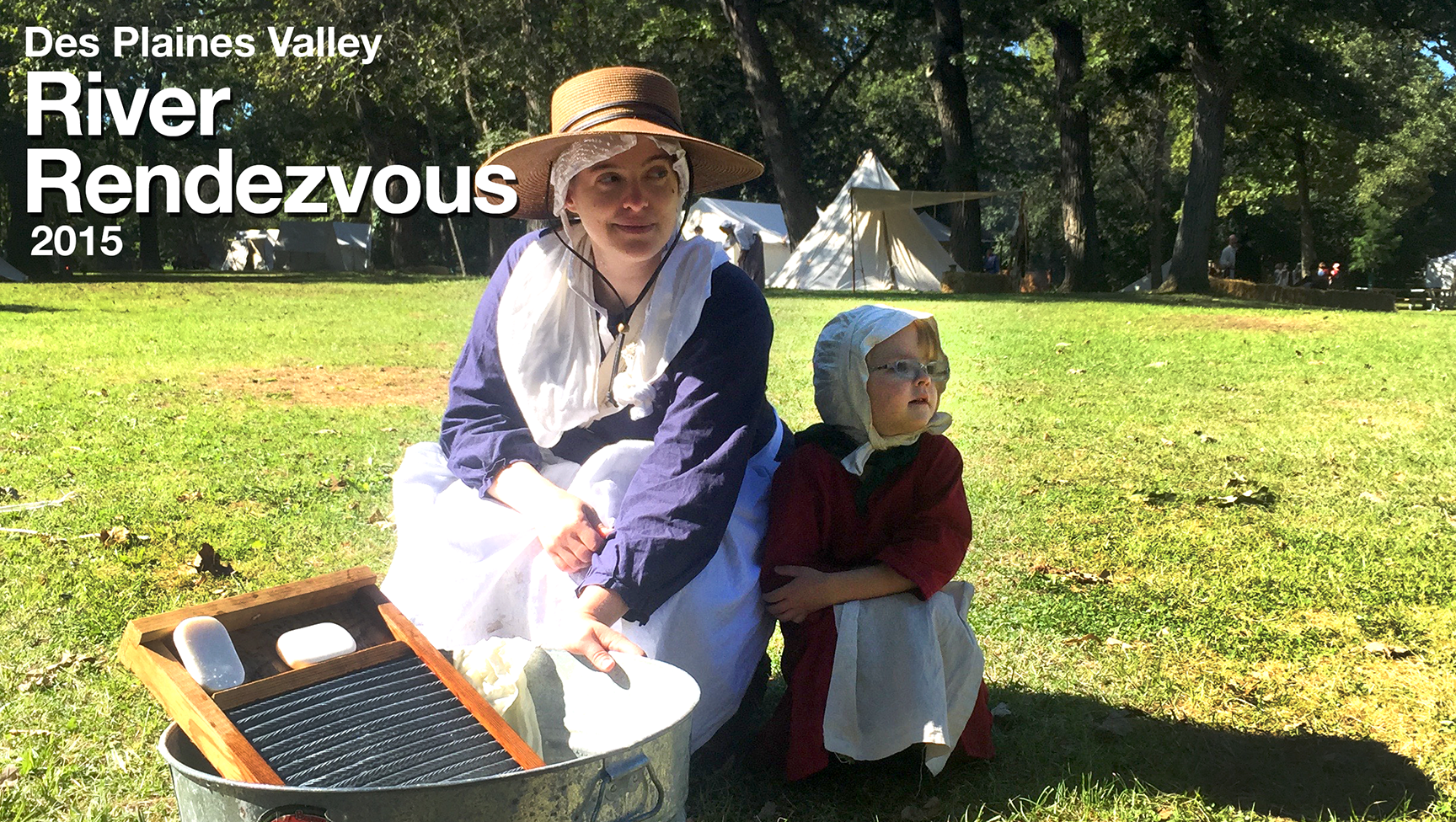 The rain was falling heavily Saturday morning as the British legionaries emerged from their tents in Columbia Woods along the Des Plaines River where they had camped since Thursday. On Friday over 1,000 fourth through sixth grade students had been there, rushing from tent to tent; shopping, eating, playing and taking in the sights and sounds of colonial life at A River Thru History – The Des Plaines Valley Rendezvous.

Just before 9am, the rain subsided and the sun began its work. By 10, you’d never know it had rained at all! It was a perfect day. 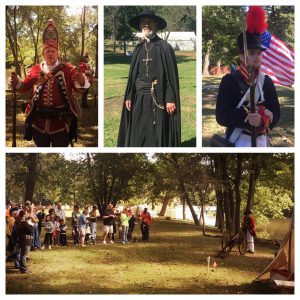 Fur traders, British, American and French soldiers, settlers and one roaming Catholic priest named Father Marquette made up just a few of the characters we encountered at the River Rendezvous.

Kids lined up to play a selection of colonial board games only to discover that before they could play… chores had to be done! Before they knew it, the kids were up to their elbows in laundry wash buckets, drying the clothes on a line in the morning sun. Everyone agreed that the games were much more fun after a bit of work.

The laughter from the game table could be heard across the clearing, as soldiers prepared a cannon for an afternoon solute. Crowds of 30-40 gathered each time the cannon was fired, learning from a seasoned team of British army re-enactors, the ins and outs of British military life. 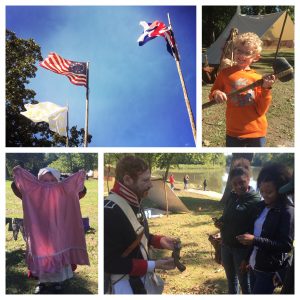 As my family and I passed a group of food tents, the scent of “sausage on a stick” blended with the “thunk, thunk” of tomahawks thudding into targets in a fenced area across the way to create a very authentic “early American village” experience. Artisans demonstrated pottery techniques to a gathering crowd, while shop owners hawked their wares to the passerby.

My favorite moment took place on Sunday, when the band Blue Celtic Grass began playing for a crowd seated on hay bales near Mama Bear’s food tent. Steel & acoustic guitars, a banjo, an upright bass and tight harmonies carried across the grounds as the sounds of early bluegrass and celtic folk melodies had toes tapping and hands clapping. 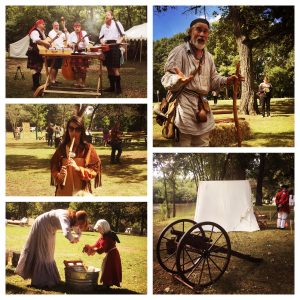 Storytellers like Andy Talley “Andre the Storyteller” had our boys entranced. Tales of how the sun came to be in the sky, and why the turtle has a cracked shell were brought to life by his excited and expertly animated style. Our group contained over 60 people, sitting on and around hay bales, laughing, clapping and calling back to him when he asked for audience input.

The River Rendezvous was so much fun, so interesting, and so well organized. We’ll definitely be back next year, and might even come in costume!